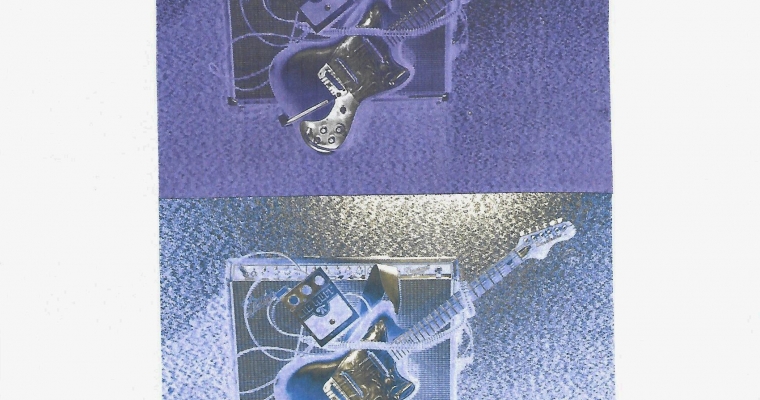 Working at the same record store (Wax Trax) Gabriel, Nate and Jon started playing together in 2017 playing Gabriel’s solo recordings live. They got Nate’s friend Bill to play bass and suddenly and unknowingly Slugger was born. The chemistry and fun where so good they decided to make it a full fledge band with everybody adding to the creative mix. Gabriel had played with bands in his native home of Puerto Rico, before coming to the US forming his band Silver Face and playing with punkers Poison Rites on multiple tours and a stint at SXSW. Bill and Nate, both New Hampshire natives had been playing together for years in each others bands and projects. Jon had been involved in the thriving Denver metal scene and working on guitars before meeting the guys after landing a job at famed Denver record store Wax Trax. Together they draw influences from classic punk bands like The Buzzcocks, Ramones and Soft Boys to psych rock bands 13th Floor Elevators, Blue Cheer and 90’s alt-rock bands The Breeders, Nirvana and Pixies. Their sound is the sound of catchy rock n roll but also of slight dissonance. From monotone to passionate vocals and jangling guitar chords to full fledge blocks of fuzz and distortion, all driven by melody. Their mission statement is simple: write the best songs they can write.