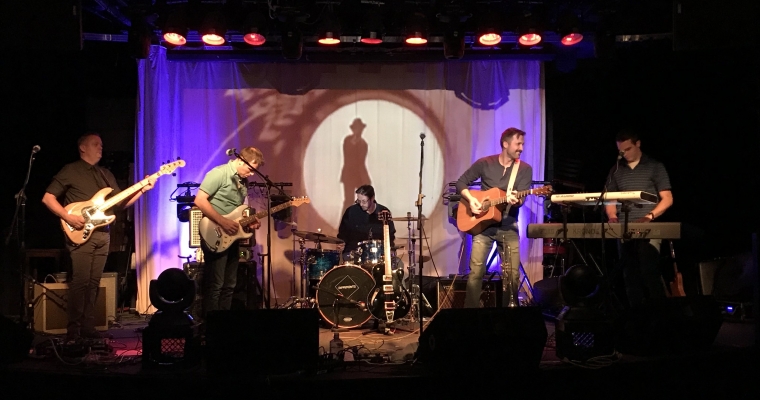 Goodnight Freeman is inspired by the album curation (or lack thereof) of The Beatles: if they like it, they play it, they record it. They’ve jammed to the swells of The Dave Matthews Band so many times that it must have permeated their musical conscience. The Local Natives’ driving beats and melody lines provide an indie influence that rounds out the wide-ranging Goodnight Freeman sound.

Founded by brothers Chad Hadersbeck and Joe Schliewe, their self-recorded first album, "The Studio 44 Sessions," was written at open mics in Deep Ellum, Dallas, TX. Each Tuesday night, they got together with talented musicians and shared drinks, laughs and music. It was always a good night at the Free Man Cajun Cafe. Hence the name, Goodnight Freeman. Eventually the mountains called their name and the boys moved to Denver, CO.

Their highly-anticipated first studio album, "Yūgen," triumphantly transports their energetic stage presence outside of Colorado. With the anthem "Lest We Forget," new fan favorite "Devil in This Bar" and introspective treats like "Change," Yūgen showcases their versatility as the group brings together sounds of rock, folk and blues in their own unique way. The release punctuates a banner year that saw the boys open for Grammy Award-winning Rebirth Brass Band, SXSW-star Walker Lukens and Los Angeles-based indie phenom Sure Sure.